The video game world is literally a “world” – a unique, world-wide community expected to be worth over $91 Billion ($US) in video game sales by 2015.

With hundreds of thousands of video games to choose as possible gifts for a child or grandchild, I’m going to try to simplify it for you…

There are essentially 6 “kinds” of video games – based on the way the game is played, and the goals and strategy of the player(s):

1ST PERSON “SHOOTER”: Just like it sounds, the main goal of the player is to kill as many enemies as possible. (1ST Person means you are playing the game as the key game character.)

ROLE-PLAYING GAMES (RPG’s): These are “questing” games where each player controls a single character in the game.

“PLATFORMERS” or PLATFORM-BASED GAMES: These are the video game “standards”, like Nintendo’s Mario Brothers. They are played only on a specific game device platform and the typical goal of the game is to get from Point A to Point B, overcoming obstacles and gaining “coins” or “extra life” along the way.

STRATEGY GAMES: These are more complex games, where the player is basically “God”, controlling a whole army or host of characters, and endeavoring to beat the computer using more involved planning.

SPORTS GAMES: No surprises here – hockey, basketball, football, soccer, skateboarding – and then there are the sports “simulation” games for the Nintendo Wii game platform, where you swing controllers to imitate playing golf or tennis.

SOCIAL GAMES: These are the games you play on “social” media, like Facebook and mobile devices like Smart Phones, IPads and tablets. “Farmville” and “Angry Birds” are two very popular games in the Social Game category – which has 2 basic types:

– “BUILDER” Social Games Facebook’s Farmville is a great example, where the player owns/controls a large number of game characters, and must assign tasks and create opportunities over time to “build” a world. 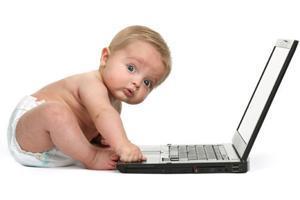 In general, most “platform” games are good for children – games like Mario.

A game called “Little Big Planet” has just coined the term “co-op-etition”, where players must cooperate by working together to get through levels of play, but whichever player has collected the most “coins” at the end of each level also gets rewarded.

Some parents will let even younger children play games like World of Warcraft, although it’s likely the children don’t really understand what they’re doing.

In recent years, games like Mario have been adapting their difficulty levels to the “maturity” or age of the player. If a child repeatedly has trouble getting through one spot, the games will either show the child how to do it, or give them a button to click to do it for them.

The Social Games world is open to all ages, and has every imaginable level of sophistication and simplicity in hundreds of thousands of games.

Some Facebook games can be deceptively complex, appearing to be quite simple at first. Then the players discover they must expend a whole lot of time and “resources” to get anywhere worthwhile in the game.

Simple, fun mobile games like Angry Birds are enjoyed by everyone – even little kids love this shooting gallery game where you shoot birds at various targets.

THE SECRETS TO GREAT GIFT-GIVING

2) Use sensible “parental” discretion. Grand Theft Auto looks amazing, but it’s a game where the players are car thieves, roaming around a city in speeding cars, trucks and hot rods, escaping police and cruising 18+ neighborhoods – this is not a good game choice for a 10 year old !

The Video Game Ratings are: 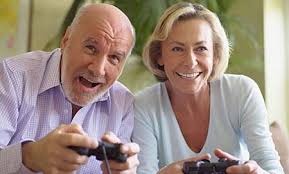 You can get more details on each rating from the Entertainment Software Rating Board.

If your child (or grandchild) is 13 or 14 and emotionally mature, it’s OK to get them “Mature” games – but you need to pay attention to what’s going on in their lives too, and recognize the kind of impact a game can have on a young person. For example, if your son or grandson wants to play Grand Theft Auto, and all of his friends are playing it, you don’t need to “ban” it and embarrass him. But you can talk to him about it, or better yet, play it with him, and discuss the issues it raises.

4) Don’t just buy whatever they want – and don’t use video games as a babysitter.

5) Ask. At video game specialty stores, everyone on staff will be very knowledgeable, but even at electronics and big box stores, you can usually find an 18 28 year old sales associate in the video game dept. who will be familiar with the most popular and newest games, and the various game and mobile platforms.

Last but not least –

The new WiiU game console (platform) features a touch screen tablet on the controllers to interact with the game, as well as interacting through the TV screen. Note: the new WiiU will also play old Wii games – but not vice-versa – the Wii won’t play new WiiU games.

The new Play Station 4 (PS4) and XBox One are launching this fall*. Both have amazing graphics and incredible realism. But they’re both basically just the next steps forward along the same paths, and good games are more than just breathtaking graphics – there’s story line and plot, character development, unusual twists and surprises.

Insider tip: The new Play Station 4 (PS4) will have a large number of small “Indy” games designed for it – games designed by small teams at small studios. They can take much bigger chances and risk trying out new ideas in game development, because they don’t have huge amounts of money invested in their games. Which means some of the most interesting and fun new games are “Indy” games ! By comparison, the latest version of Grand Theft Auto was 5 years in development, employing more than 1,000 artists and programmers, and cost millions of dollars. Of course, when it launched earlier this year, it set a world all-time sales record, with sales of $800 Million in the first 24 hours.

A lovely little game called Pikmin for the Wii and WiiU is a wonderful game for children. You are a little astronaut, and you collect little plant-like creatures called “pikmin” to help rebuild your spaceship so you can go home. It has lots of exploring, and encourages “resource” and “time” management as you play – be back at your ship by the end of the day, for instance, or you lose !

Exclusive Special Offers + Save 15% on Next Order