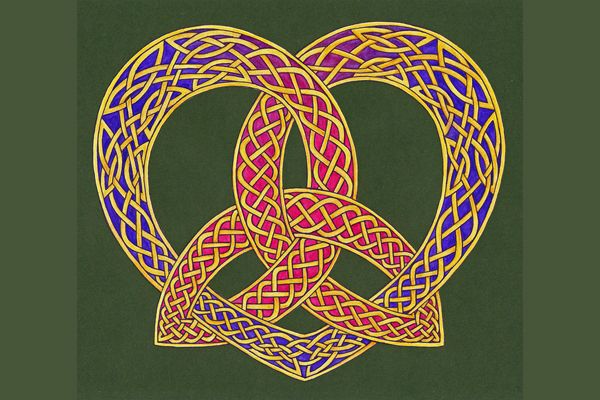 The Celtic Trinity Knot, or Triquetra, is one of the most common Celtic knots. “Triquetra” is from Latin and means “three-cornered.” There are many schools of thought when interpreting the meaning and symbolism of the Celtic Trinity Knot. But all of the various interpretations agree on one thing: it symbolizes the sublime or  perfect interconnection of its three parts. 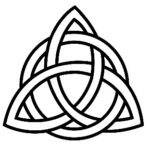 With its mystical symbolism, the Triquetra is a perfect mandala for meditation. It stills the chattering mind as it draws our focus into the center of the triquetra. As our sense of balance grows, it opens our connection to the spiritual elements and the source of that power. 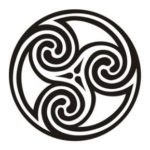 The spiral is prevalent throughout Celtic ruins and remains, and the symbol is found in other ancient cultures around the world. A powerful sign, it represents spiritual awareness and expansion of thought. Meditating on the spiral mandala helps us appreciate that we are more than our physical bodies, and we exist in more realms than this earth. As we delve deeper into the spiral, we find our awareness is ever growing and expanding, and our energy grows with it.  We are reminded to open ourselves to allow our positive energy to flow out to others and the world, making the universe a better place for all to live and grow. 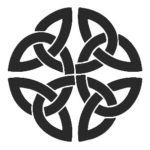 The Celtic Knot beckons us to fall into it for a glimpse into the inner workings of our lives. As we allow our minds to explore the endless, hypnotic flow of these mandalas, we see how our decisions have affected our lives, and the lives of those around us.
Celtic knots also help us visualize how our lives are interconnected with our ancestors. Allow your imagination to explore freely and this mandala will bring new spiritual insights. 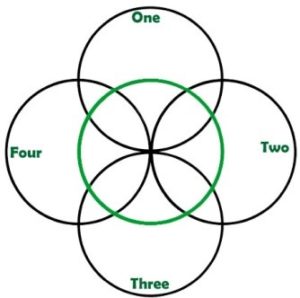 – 4 Latin Gospels in the Book of Kells

– 4 Great Treasures of the Tuatha

But… What About the Fifth Element ?

Our spiritually intuitive Celtic ancestors grasped the concept of a more expansive essence unifying the common four elements. That’s where the fifth element makes its appearance.

The chart below explores the Celtic meanings and associations of the four elements, and how these are joined together by a fifth element. Together, all five create a balanced, unified power that can conceivably be tapped by the human mind.

Tapping into the balance of the five elements, who knows what level of awareness can be gained ? Druids hinted at an all-encompassing illumination when the five aspects of nature were perfectly balanced within human understanding.

Celtic meanings behind the five-fold concept could fill a book. The meanings and associations in our chart are found throughout Celtic legend, lore, poetry and history.

Exclusive Special Offers + Save 10% on Next Order